One of the most interesting technical questions raised about the Friday 13th Costa Concordia disaster is the resolution of the navigation charts being used by Captain Schettino.  Schettino alleges that the rock his ship struck was not marked on his navigation charts.  A BBC article mentioned that certain popular navigation charts 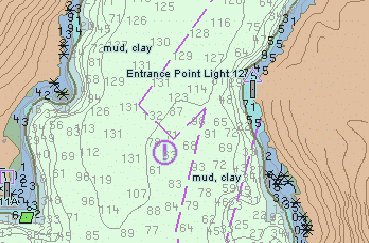 are of insufficient spatial resolution to include details like that rocky outcrop, and that they are therefore not recommended for purposes of in-shore navigation: in other words, the maps are wholly unsuitable for use in shallow depths, where the margins of error are small, or where there can be sudden changes in depth over a very short distance.  If the allegation is true, this of course begs the question…  How was Schettino unaware of this limitation in his navigation charts?  How did he come to trust the charts so much that he was willing to take risks that were not fully justified, based on the information he had?

In the modern world, and in the modern economy in general; we are increasingly coming to rely upon computerised machinery (including software).  Few people really understand how that machinery works or take the time to acquaint themselves with its limitations; which are typically less obvious than they would be in the case of a physical printed map that does not automatically zoom in-and-out or automatically plot a course that will automatically be followed.  We are being insulated within a bubble of beautiful user-interfaces that lull us into a false sense of security.

and the military serve to highlight the dangers of over-reliance on fallible technology, as their periodic brushes with large-scale life-and-death situations are hard to ignore or conceal.  Other industries such as banking are equally flawed, yet they have not received the same rigorous treatment.

Any business that wants to succeed in the modern economy should investigate: